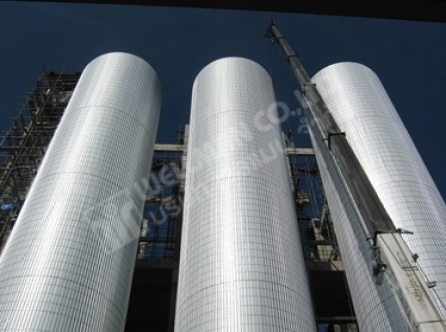 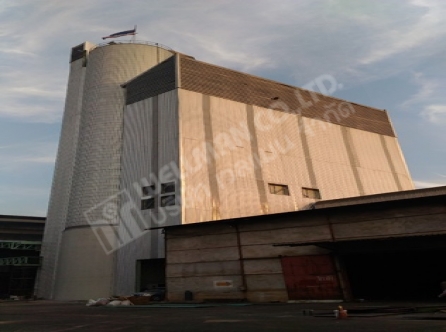 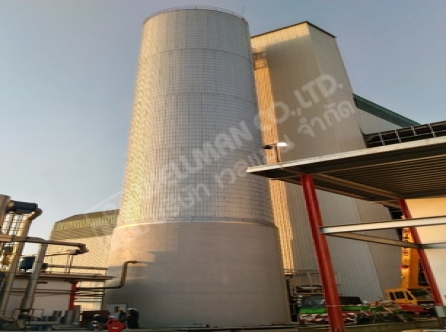 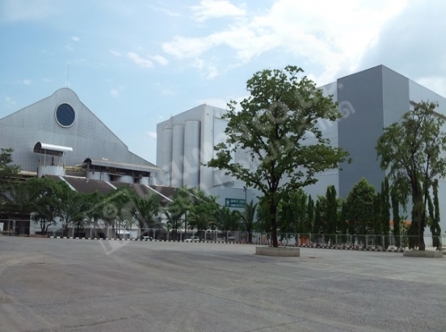 Refined / Super Refined Sugar Conditioning Silo is cylindrical silo are usually cost-effective, occupy a relatively small footprint and can readily be conditioned. Designs differ mainly in terms of construction material, approach to insulation and sugar feed and extraction mechanisms.
Silo' Materials of Construction are usually constructed of Stainless Steel SS304 or 3Cr12 or Carbon Steel lining with Stainless Steel SS304. The Insulation is necessary for high efficiency to keep conditioning operation through an anulus around the silo wall.
The Sugar Conditioning Silo' Purpose in order to remove as much as possible of this bound moisture chiefly to prevent caking or hardening of the sugar in storage or transit.
Sugar' Caking is phenomenon in which sugar crystals give up bound moisture, resulting in supersaturation at the crystal surface and consequent crystallization. At points of contact between crystals this surface crystallization causes intercrystalline bridging. The sugar then ceases to be free flowing and is refered to as "caked". Caking may be anything from soft, friable lumps, through surface crusting to rock-hard setting. Being a hygroscopic material, sugar will either absorb moisture from, or release it to the environment, depending on the composition of the crystal surface film and the moisture content of the surrounding air :

Moisture in sugar crystals is considered to be oresent in three forms :
The Conditioning Process that sugar is stored in an environment in which the ambient humidity is below its ERH (Equilibrium Relative Humidity), will gradually release by exposing the sugar to low-humidity air in conditioning silo for a period. However, the process of conditioning, as employed in sugar refineries, sets out to achieve that conditioning as rapidly and completely completely as possible, under controlled conditions.
Various authors have recognized that the rate of conditioning has more to do with sucrose crystallization and water diffusion in the crystal surface film than with simple evaporative mechanisms. The below Figure is a representation of a portion of crystal surface undergoing conditioning, from which four process mechanisms can be derived :
1. Crystallisation of sucrose molecules out of the supersaturated surface film.
2. Evaporation of moisture at the interface between the film and the amorphous shell.
3. Vapour-phase diffusion of the moisture across the amorphous layer.
4. Diffusion / Convection of the moisture into the bulk interstitial air.
The process 3 serves to determine the overall rate of conditioning. Conditioning rate depends on the saturated film vapor pressure (a function of sugar temperature and purity) and the partical pressure of water in the bulk air stream (a function of air temperature and moisture content). Moreover it also depends on the thickness and nature (diffusivity) of the amorphous sugar layer, which is a function of the sugar's frying history.
Conditioning plant operation that is typically carried out by passing air (usually dehumidified) through silos. These may be large storage silo, or purpose-designed conditioning silo, in which the sugar retention time (and therefore silo size) is designed to achieve a target moisture level at exit.
Other process in the refining of sugar, in particular pan boiling, centrigufing and drying, have a significant effect on the efficiency of the conditioning process :
All of these steps contribute from...
Notes : First and two are just good refinery practice. The influence of drying method is rarely recognised. Conditioning is poorly understood. If the first steps are done poorly, then there is more work required in conditioning the sugar.